Waterford Sports Partnership would like to congratulate the thirty nine participants who took part in the Sean Kelly Tour Youth Challenge.
The aim of the Sean Kelly Tour Youth Challenge is to promote and increase cycling among young people through preparation for the 50km Kelly Cruise. The programme, funded by the Irish Sports Council and supported by Dungarvan Cycling Club was offered to 11 to 18 year olds from schools in Dungarvan. 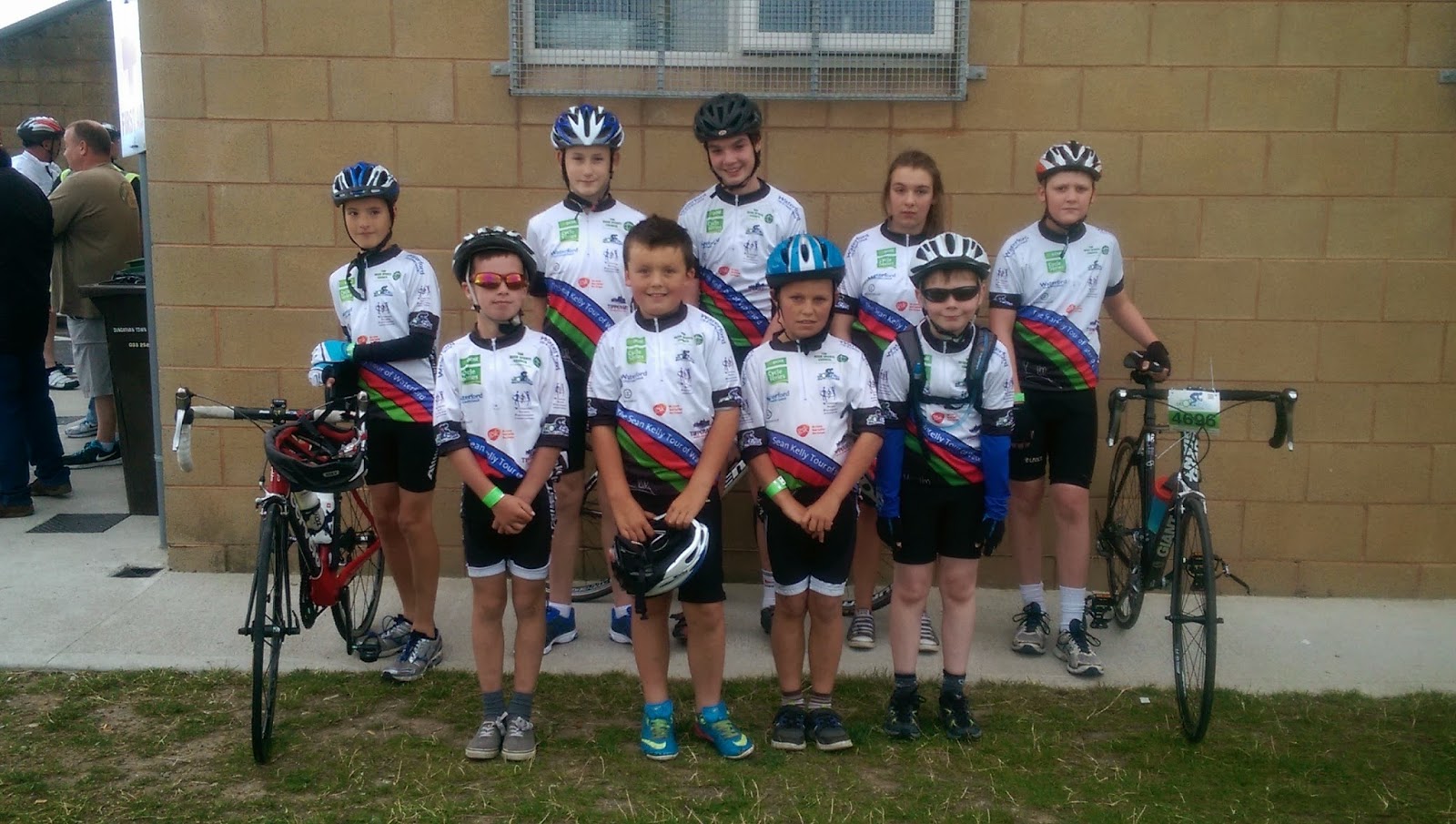 One parent commented “my son Darragh did the SKT youth challenge and it was the best run event over all the weeks that you would see. The training in the car park and the safety checks were great. The roads were so well marshalled. He learned so much and we had a great time helping out. The prize giving was a great bonus as well. Looking forward to next year and can’t say enough about the lads from Dungarvan Cycling Club.”

A special thank you to Robert Power from Dungarvan Cycling Club and all of the parents who assisted with marshalling at time trial events.