Well done to the fifteen members of the Waterford team that took part in the National Go for Life Games 2014 on Saturday 7th June in Dublin City University!

The Go for Life Games is a yearly event organised by Go for Life, Age & Opportunity and the Irish Sports Council which is supported on the ground by Local Sports Partnerships. The aim is to provide an opportunity for enjoyable and social physical activity participation among older adults. The Waterford team was one of eighteen teams from around the country that participated in three indoor target games including ‘Lobbers’ (adapted from petanque and boules), ‘Flisk’ (adapted from horseshoe pitching), and ‘Scidils’ (adapted from ten pin bowling). The team was selected following a league held by Waterford Sports Partnership among older adults groups in Waterford City and County.  Players spanned a range of groups including Dungarvan Active Retirement, The Kingfisher Men’s AOP Gym programme, Waterford Area Stroke Support Group, Respond and The Company Club. Representing Waterford on the Lobbers team was Sally Walsh, Ita Butler, Andy Gray, Theresa Browne and Catherine Chester. The Flisk team members were Timmy Fox, Maurice O’Connor, Michael Greaney, Michael Fitzgerald and Theresa Walsh. Scidils players included Anna O’ Neill, Bill Grant, Mary O’Leary, Kitty Mc Garry and Mary Walsh. The team was managed by Sarah Chadwick from Waterford Sports Partnership. 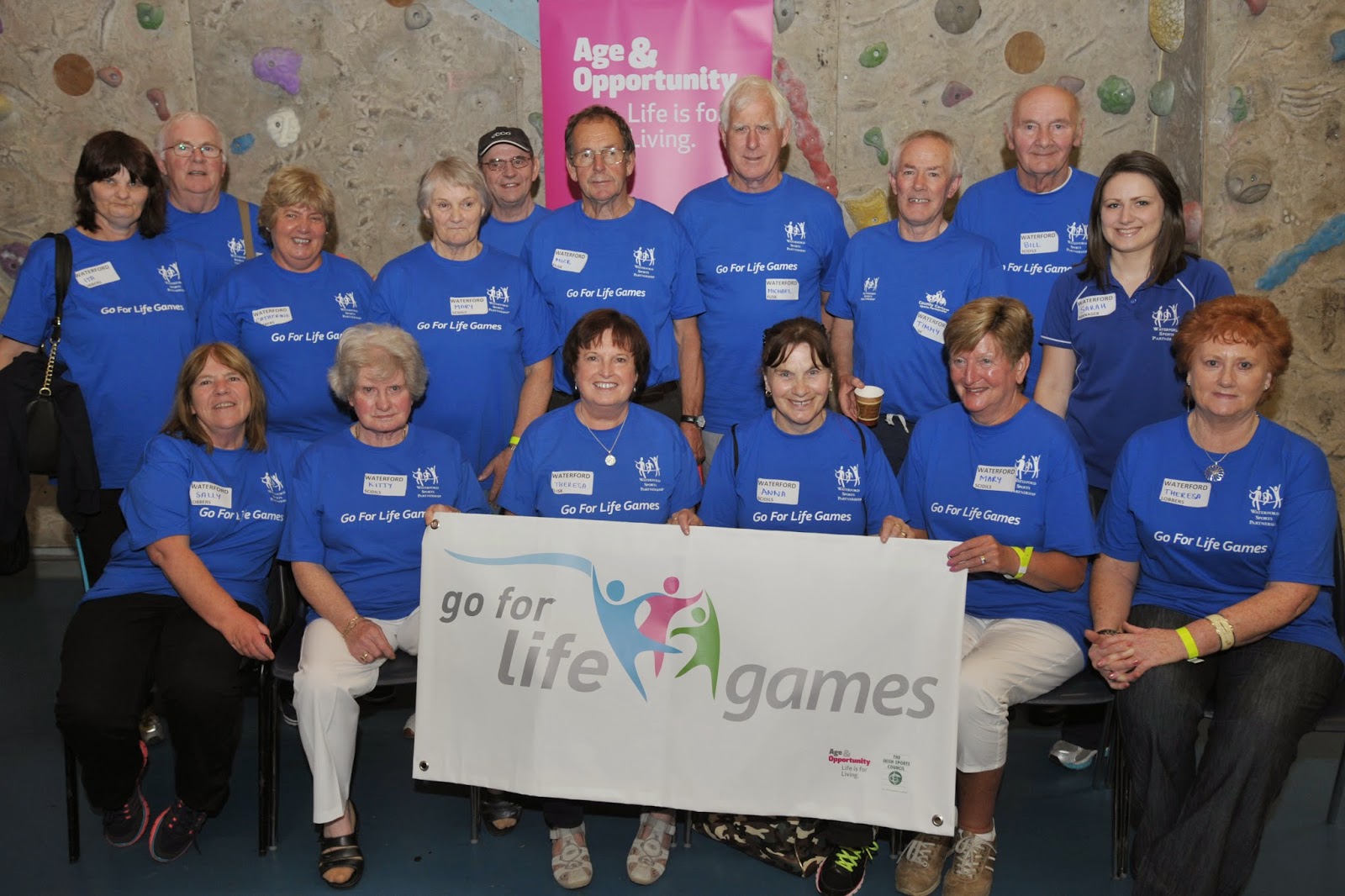 Special mention goes to Michael Greaney from the Flisk team who won a Spirit of the Games award and a Go for Life Games mug for demonstrating qualities that reflect the ideals of the Games. Well done Michael!

The Games were a great opportunity to celebrate physical activity and sport participation for all ages, the Waterford team thoroughly enjoyed the atmosphere, friendly competition and social element of the day. Catherine Chester from the Lobbers team emphasised the importance of the social aspect in saying “It was a very sociable day, a great event for groups all around the country to meet up, everyone was happy and enjoying the games!”. Timmy Fox from the Flisk team summed up his thoughts in prose by saying “Go for Life, truth be told, one of the benefits of growing old!”

Well done to the Waterford team for representing their county with enthusiasm, sportsmanship and skill! We can’t wait for the Go for Life Games 2015!