Waterford Sports Partnership has just finished running the ‘Women on Wheels Programme’ for the third year. The programme was funded by Get Ireland Active which enabled WSP to run two cycling programmes; a six week programme in Dungarvan and a seven week programme in Waterford City.
This programme encouraged women who may of previously cycled or those just beginning to get out cycling and enjoy the benefits of regular physical activity. The overall aim of the programme was to support women to take part in the Sean Kelly Tour of Waterford by offering weekly training spins. 2012 was one of the most successful years of Women on Wheels to date with over eighty women signing up to the programme from Waterford City and County. The programme started in July with Introduction to Cycling Workshops in Waterford City and Dungarvan. The workshops covered topics such as bike maintenance, bike skills and nutrition, followed by weekly training spins which were led by local cycling clubs.

Of the eighty women that signed up to the programme seventy took part in the 50km Kelly Cruise and for the first time Waterford Sports Partnership invited participants from the 2010 and 2011 programme to train to take part in the 100km Kelly Heritage Route. Ten women signed up for this programme and all of them completed the 100km spin.

Waterford Sports Partnership was delighted to see the eighty women train so hard and take part in this fantastic local event. Waterford Sports Partnership would like extend a big thank you to Comeragh Cycling Club, Sportif Waterford Cycling Club and Dungarvan Cycling Club, for their time, effort and commitment to the programme. Last but not least, a big congratulations to all the ladies who took part in the programme and participated in the 2012 Sean Kelly Tour of Waterford – Looking forward to seeing you all again next year, so keep the wheels in motion! 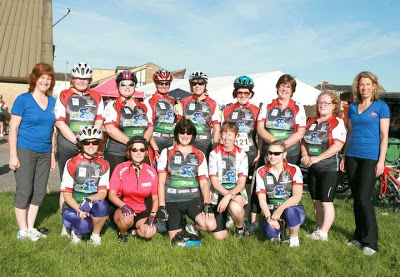