Get on Your Bike This Summer with the An Post Cycle Series. GAA Star Paul Galvin set to take on Sean Kelly Tour of Waterford

What do Bressie, Paul Galvin, Matt Cooper, PJ Gallagher and Marian Heffernan have in common? They’ve all committed to getting back on their bikes this summer and becoming Series Cyclists for the 2014 An Post Cycle Series. The five event series, supported by An Post in partnership with the Irish Sports Council, take place over the summer from May to September in Sligo, Clare, Meath, Waterford and Cork.

Paul Galvin, who recently retired from Kerry’s inter county setup, will be taking on the Sean Kelly Tour of Waterford in August and he is hoping that putting in some hours in the saddle will help him to keep fit. 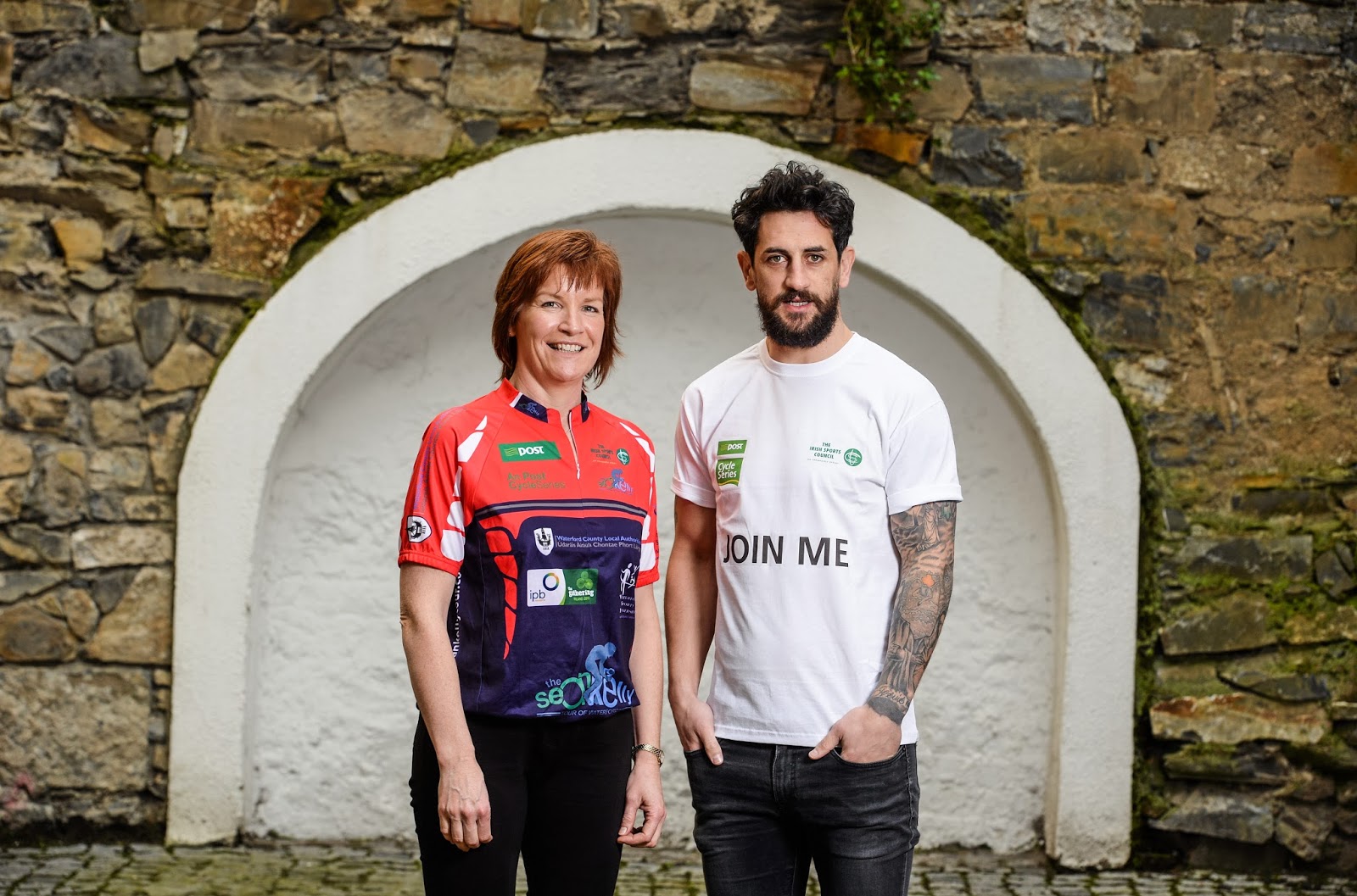 “This will be my first year in a long time that I won’t be involved in Championship training this summer and I’m looking forward to the different challenges that brings. I’ll certainly be keeping fit and there’s no better way than to get out onto the local roads on your bike. The An Post Cycle Series is a great initiative which allows every type of cyclist the opportunity to get involved, so I’d urge people to sign up to their local Tour and become a Series Cyclist.”

This is the sixth year of An Post Cycle Series, and almost 50,000 people have saddled up since the very first event took place in Sligo in May 2009. 16,500 people got on their bikes in 2013, a 300% increase on the numbers who took part that first year, and comedian PJ Gallagher was one of them:

“I’d forgotten the sense of freedom you experience as a kid when you are able to really cycle properly, just get on your bike and go. I committed to doing the Meath event last year, but I enjoyed it so much that I went on to do the Cork tour as well. And here I am, back again for my punishment this year. I guess you could say I’m hooked on the cycling buzz now.” said Gallagher at today’s launch.

Each event of the Cycle Series caters for every type of cyclist, from families to serious amateurs with a variety of routes ranging from a family 10k spin to the more challenging 56k, 60k, 100k, and 160k distances. One of the big successes of the series has been the growth in both families and female participants with an increase of 10% year on year. Cork athlete Marian Heffernan is leading the way for the women this summer.

“I’ve found cycling to be a great safe way for me to get back to full fitness after the birth of my daughter earlier this year, and it’s also something I love to do with the kids. We are all about keeping out of the car and seeing the countryside by foot or by bike anyway, so I’m delighted to be an ambassador for these events” she said.

“This event is for everybody, all ages and all fitness levels, and is all about encouraging people to get active through cycling and developing habits of regular exercise which will ultimately lead to enhanced quality of life.”

As part of the 2014 Cycle Series campaign, An Post will launch a competition in March to find five Cycle Series ‘Spokestars’ who will win great prizes, set their cycling goals and keep track of their progress along the way- watch out on Facebook/anpostcycling for more details.